How Technology Has Advanced the Diamond Industry: Sarine Celebrates 30 Years

This year, Sarine is launching celebrations for 30 years in the diamond technology business.

When Sarine was established, in the late 1980s, technology in the diamond industry was in its very earliest stages. The kinds of technologies used today by diamond manufacturers and gem labs all over the world, such as inclusion mapping, automated rough planning, automated cut grading and artificial intelligence-based clarity grading, were not even a vision on the horizon.

The first technology developed by Sarine was actually a device for the planning of gemstones, the Robogem, as part of an initiative in conjunction with the Israel Emerald Cutters Association. In recent years, the Robogem was redeveloped into Sarine’s Allegro gemstone planning technology.

Since those early days of the Robogem, Sarine has been responsible for revolutionizing the way the diamond industry operates, developing technologies for every part of the diamond manufacturing and grading pipeline.

Throughout 2019, we’ll be celebrating our 30th anniversary with articles about the ways that Sarine’s technologies have impacted the diamond industry, And to kick off, we’re going to focus on 3 diamond grading technologies that have each sparked a revolution in their own right - cut grading, rough planning and clarity grading. So sit back, and enjoy the ride through 30 amazing years for the global diamond industry:

Cut Grading is assessment of the cut of polished diamonds, which has a direct and vital influence on the diamond's appearance and value. Cut grade is sometimes confused with the diamond shape (ie. round, emerald, princess). In fact, cut grade relates to way the facets of the diamond intersect, creating the diamond's unique dimensions and proportions.

In 1992, Sarine introduced the DiaMension™ product to the industry. DiaMension was a pioneering technology in the cut grading industry. It was the first software in the world to provide automated and computerized measurement of the diamond's proportions – the most critical aspect affecting cut grade. DiaMension forever changed the way that polished diamonds are assigned their cut grade, enabling levels of accuracy never before seen or achieved. Today, almost every gem lab in the world uses Sarine's DiaMension technology to derive the cut grade of polished diamonds. 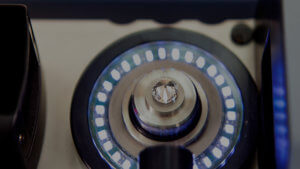 Rough Planning is the process of planning how to cut and polish a rough diamond in order to maximize the value of the polished diamond/s that can be extracted from the rough. How to optimize the cut of the rough diamond will depend on a myriad of factors, such as the size of the rough, the size, type and location of inclusions (natural defects) within the rough diamond, current market demands, and others.

Since its initial release in 2009 , Sarine's Galaxy™ inclusion mapping system, together with the Advisor™ software, took the industry to new frontiers in terms of maximizing the potential of rough diamonds. The beauty of the Galaxy system is that it operates as a sort of 'time machine' for diamonds. The system takes a rough diamond, and reveals to the manufacturer a perfectly accurate picture of all its possible futures as a polished diamond. The idea that diamond manufacturers could now predict and design the optimal cutting plan, with complete precision, was a major breakthrough that influences the entire production pipeline. Galaxy not only changed the way that diamonds are mapped – it also changed the way the industry relates to the concept of rough planning. (And, by the way, in early 2018, Sarine marked a special milestone - over 30 million diamonds scanned by Galaxy worldwide since the technology was first released.) 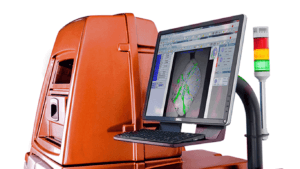 Clarity is one of the 4Cs, a system which has been used to assess a diamond's rarity and value since the 1950s. Clarity is a measure and grading of the diamond's appearance with regards to natural inclusions or blemishes (defects created within the diamond during the natural formation process). Clarity is measured on a grading scale, from Flawless (excellent clarity, no inclusions), to Included (poor clarity, many inclusions). Clarity is an important factor in determining a diamond's beauty and quality, as the number, type and location of inclusions within the diamond have a significant effect on its visual appearance and of course its monetary value. Clarity grade has traditionally been determined by a diamond specialist who examines the diamond through a loupe (jeweler's magnifying glass), and grades the diamond by comparing it to the standard Clarity grading scale.

Sarine Clarity™ is a ground-breaking technology that provides world-first automated, objective clarity measurement and grading. Based on comprehensive mapping of the diamond's inclusions and blemishes, Sarine Clarity provides grading capability that is non-biased and accurate. Wholly computerized, the clarity grading process is no longer vulnerable to subjective, human perception. Furthermore, the Sarine Clarity system sorts the diamonds into sub-categories according to pre-defined criteria, so diamond manufacturers and traders can ensure that each individual diamond is optimally valued for its ideal sales market. Not only does Sarine Clarity provide a revolutionary approach to clarity grading – it also recalibrates the sorting and sourcing process for diamonds worldwide. 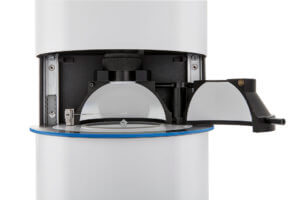 Stay tuned for more posts about the diamond industry milestones over the past 30 years of Sarine’s activities. 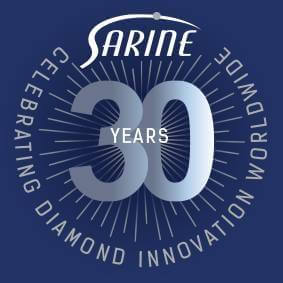 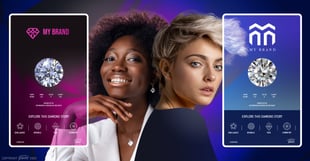 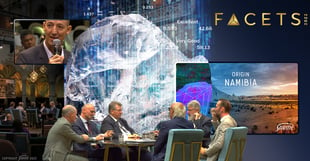 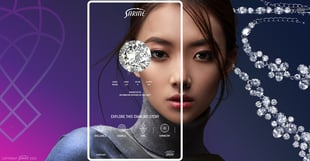 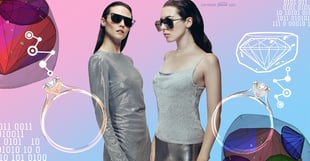 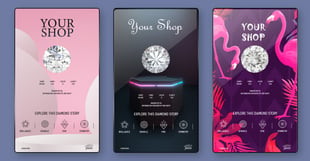