Are you using artificial intelligence based technology? The chances are strong. According to one survey, 33% of consumers think they are using AI technology, but in fact 77% are.

Whether you know it or not, artificial intelligence is the latest technological revolution sweeping through modern life. AI, or machine learning, is now being implemented in everything from autonomous cars, to virtual personal assistants, such as Apple's Siri, to predictive Google searches that are eerily accurate. Now, artificial intelligence is incorporated into an entirely new world of application – diamond grading.

Where Artificial Intelligence Based Diamond Grading All Began

Diamond grading was once a complex, confusing manual process. The limits of the human eye and human perception make it very difficult to ensure standardized grading of diamonds across the board. This has led to discrepancies between diamond grades, and between grading standards of different gem labs.

Take cut grading, for example. Cut grading is assessment of the cut of polished diamonds, which has a direct and vital influence on the diamond's appearance and value. Cut grade is sometimes confused with the diamond shape (i.e. round, emerald, princess), but in fact, cut grade relates to the way the facets of the diamond intersect, creating the diamond's unique dimensions and proportions.

Once, cut grading was a manual, visual process carried out by close inspection of the diamond by a professional gemologist. This changed in 1992, when software was first introduced that provided automated and computerized measurement of the diamond's proportions. Even then, nearly thirty years ago, the new computer-based cut grading device was able to deliver levels of accuracy that were simply impossible for humans to achieve. In the years since, cut grading technology, both the optical scanners used to create a model of the diamond, and the software used to analyze and measure the diamond, have become more and more sophisticated. Levels of precision in cut grading are already at superhuman levels – micron precision, in fact.

But what effect will AI diamond grading have on the industry? The full implications of AI diamond grading are yet unknown, and will surely unfold in the years ahead. However, here are four ways that AI is already impacting on the global diamond industry:

AI based diamond grading eliminates the human error factor. Artificial intelligence does not replace the knowledge and expertise of the gemologist. Rather, it creates a non-biased standardized accuracy that can be leveraged by gem labs to improve the consistency of diamond grading, and adhere more strictly to industry grading standards. This increases the reliability and consistency of results, which is a benefit for all parties – manufacturers, gem labs, retailers and consumers.

With the boom in lab grown diamonds and changing consumer habits of the millennials and Gen Z, the diamond industry has faced challenging times. AI diamond grading helps to boost customer confidence by providing precise, non-disputable grading results that are backed by objective technological processes.

Accuracy that is constantly improving

AI-driven diamond grading is based on machine learning. The more diamonds scanned by the AI grading device, the more intelligent the device becomes, and the more accurate its results are going to be. Machine learning incorporates the data gathered by the device and uses it to perfect its own algorithms. Over time, AI diamond grading will become more and more accurate and efficient.

Beyond grading to sorting and supply

AI based diamond grading methodologies can be used to help manufacturers sort their diamond inventory according to market needs, which means a more efficient and consumer-driven supply. For example, diamonds that are graded as I2 for clarity can have many variations. With AI grading and sorting, manufacturers can select a group of I2 diamonds with no black inclusions, in a much faster and more accurate way. Sorting filters can be used to help retailers build diamond collections that match the needs of their specific market.

Although fantasies of intelligent robots and city streets filled with driverless cars are still some way off, there is no doubt that the world is moving in a very particular direction. According to Adobe, 15% of companies are using AI today, but 31% have it on the agenda in the next 12 months. And in some industries, such as diamond grading, AI has already arrived. 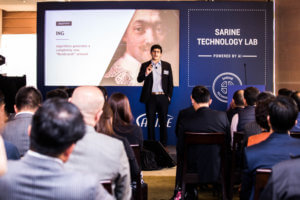 Gerardo (Jerry) Salandra, CEO and Founder of Rocketbots, Chairman of the Artificial Intelligence Society of Hong Kong, spoke recently at a Sarine event at the Hong Kong International Diamond & Jewellery Show, on How AI revolutionizes markets 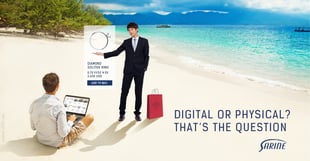 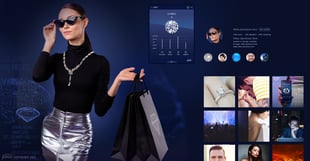