Welcome to 2019, and to the first edition of our SPECTRUM diamond news and trends roundup for the new year. In this edition, we’re going take a look back over the past year, with a Forbes overview of the most popular jewelry trends in 2018. The year ended off with a bang, with the biggest diamond ever to be unearthed from a north American diamond mine. Join us for a trip through a German town sitting on 72,000 tons of diamonds. And we’re rounding off this month’s SPECTRUM with the latest diamond-themed viral internet sensation, a diamond encrusted Boeing 777 aircraft. Fake news? Read on to find out!

What a way to end the year, with reports of the largest ever diamond found in North America. Dominion Diamond Mines and Rio Tinto Group mined the treasure in the Diavik mine in northern Canada, and at 552 carats (nearly three times the size of the next largest diamond mined in Canada), it’s breaking records. The yellow gem is of a size not usually found in northern mines, more common to southern Africa. This unique find is said to be of gem quality, but so far, the miners are not giving much away about its value.

An interesting overview of jewelry sales last year in the top auction houses, with Christie’s and Sotheby’s earning over $900 million in combined jewelry sales in 2018. Though it’s an impressive number, it represents a 17.6% decline in comparison to 2017. The big earners this year were fancy colored diamonds, and jewelry from private collections and royalty. The Forbes article notes that buying patterns are changing - whereas buyers are now more willing to fork out large sums for special and rare purchases, they are also more likely to forego the standard jewelry sales that once would have inspired hot bidding.

There Are 72,000 Tons of Diamonds Hiding Throughout This Town in Germany

Now for something a little different, where the fascinating world of diamonds meets geology meets tourism. The small town of Nördlingen in Bavaria is - according to the Smithsonian - built on 72,000 tons of diamonds. This massive treasure load is believed to have been caused by an asteroid that slammed into the region some 15 million years ago. And when the settlers built their town on the spot millions of years later, they had no idea they were sitting on a diamond mine. Unfortunately, the diamonds themselves are tiny and worthless, but the town has nevertheless found ways to capitalize on their unique heritage - mainly in tourism.

The Curse of the Hope Diamond Is Older Than You Think

By Allison McNearny @The Daily Beast

Since the 1800s, the Hope Diamond has had a spooky history, believed to bring curses upon all who own it. What many people don’t know is that the Hope Diamond is just a small fragment of what once was a much larger diamond - the Tavernier Blue. This was confirmed in 2005, and since then, has opened up more history about the origin of the Hope Diamond than before. On the downside, this has only cemented the jewel’s notorious bad luck. It is believed that the Tavernier Blue, the source of the Hope Diamond, was stolen from a statue of a Hindu goddess, in which it was embedded, and the theft is the reason the diamond is cursed. Read all about the fascinating legend in this piece at The Daily Beast.

It’s always fun to look back over the year and see what trends made their mark in the jewelry and diamond industries. 2018 was a strong year for yellow gold, lucky charms and blue gemstones. Earrings were a massive hit, including more unusual designs, like mismatched pairs, and vibrant mixes of colored gemstones. If nothing else, 2018 was a truly beautiful year in jewelry. Check out all the jewelry fashions that made the news this past year in this article featured in Forbes.

We’re going to end off this edition of SPECTRUM with a bit of fun. You may have heard of the image of a diamond-encrusted Emirates plane that went viral. It seems the Photoshopped image was so real looking, many were taken in by the prank, and were bedazzled at the idea of a bejeweled airplane. It turns out that the image was an artistic creation by Sara Shakeel, a Pakistani artist who digitally alters everyday images with diamonds and jewels. Still, the buzz around the “Emirates Bling 777” was an internet sensation to behold. Check out the Tweet that started it all. 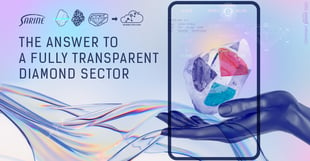 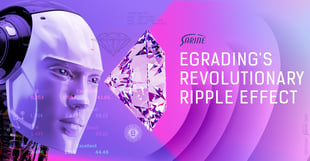 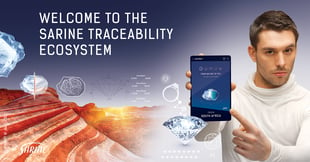 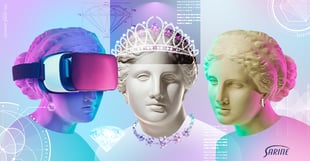 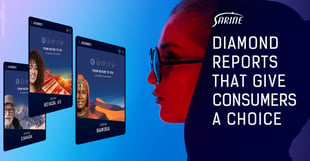 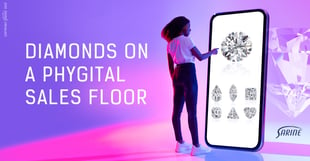